Some History of the Ritz-Carlton, Philadelphia

The Rotunda building was constructed between 1904 and 1908 at a cost of over 1.5 million dollars. 9000 tons of Georgia granite were used. When it opened as the Girard Trust in 1908, it was the largest dome in the western hemisphere, at over 100 feet in diameter. The oculas is 142 feet from the floor, the same as the Pantheon in Rome, which it was modeled after. 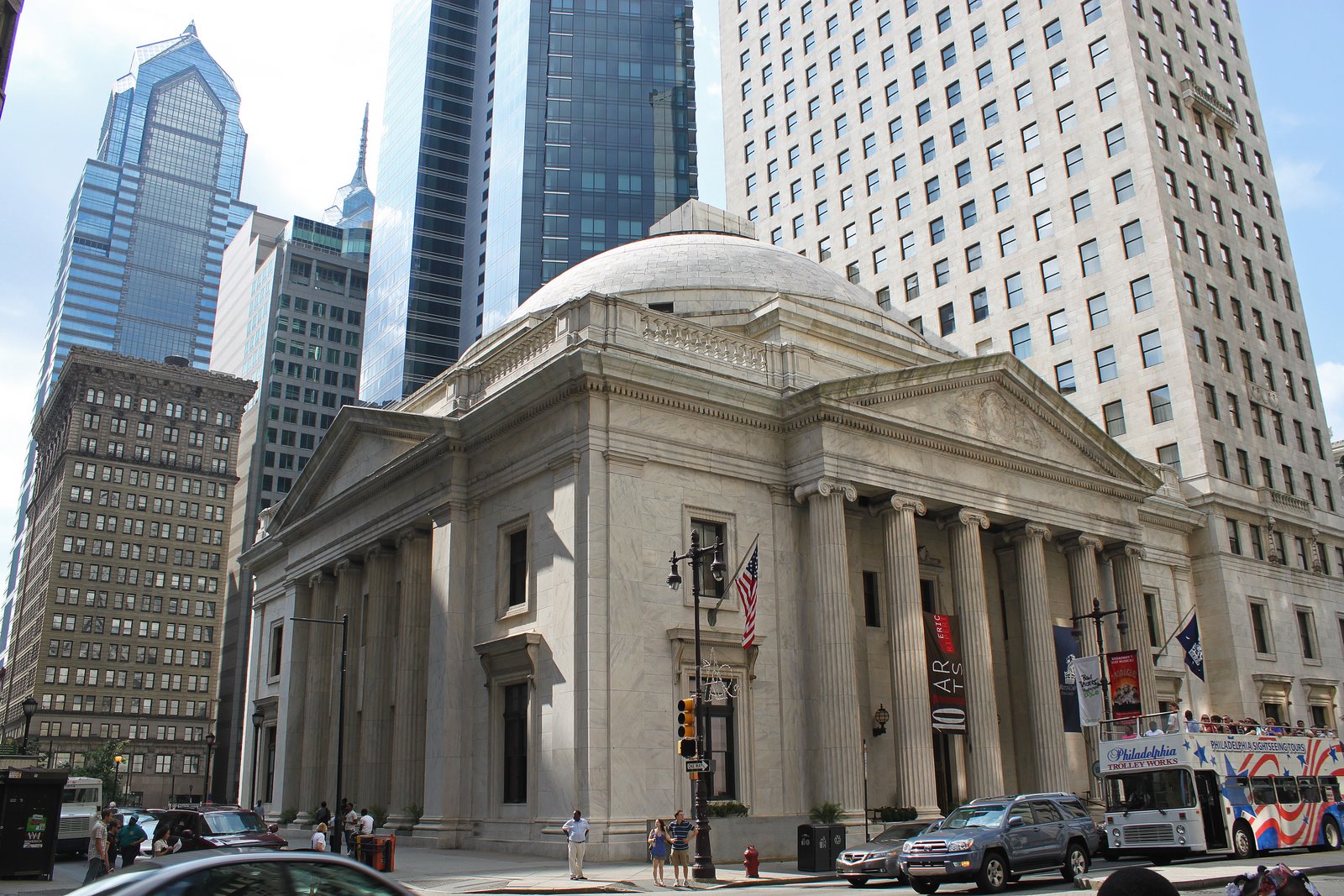 The first 8 floors of the tower were constructed in 1923. The remaining 22 stories were added in 1930 and 31. The tower has a steel skeleton and marble facade and stands over 375 feet tall. 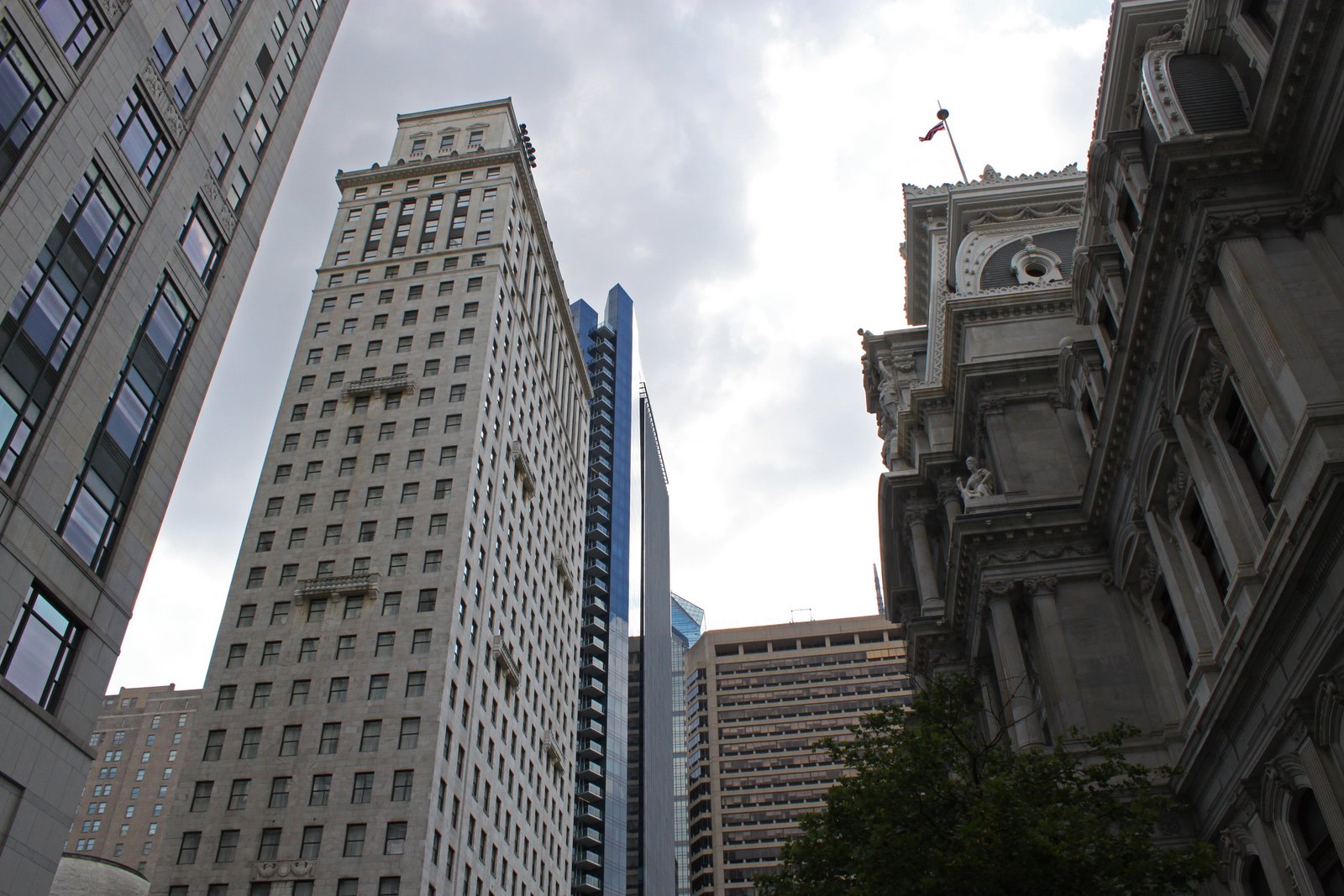 The buildings became the Girard Corn Exchange in 1951, Girard Bank in 1970, Mellon Bank in 1984, and was painstakingly restored and converted into the Ritz-Carlton in 2000. 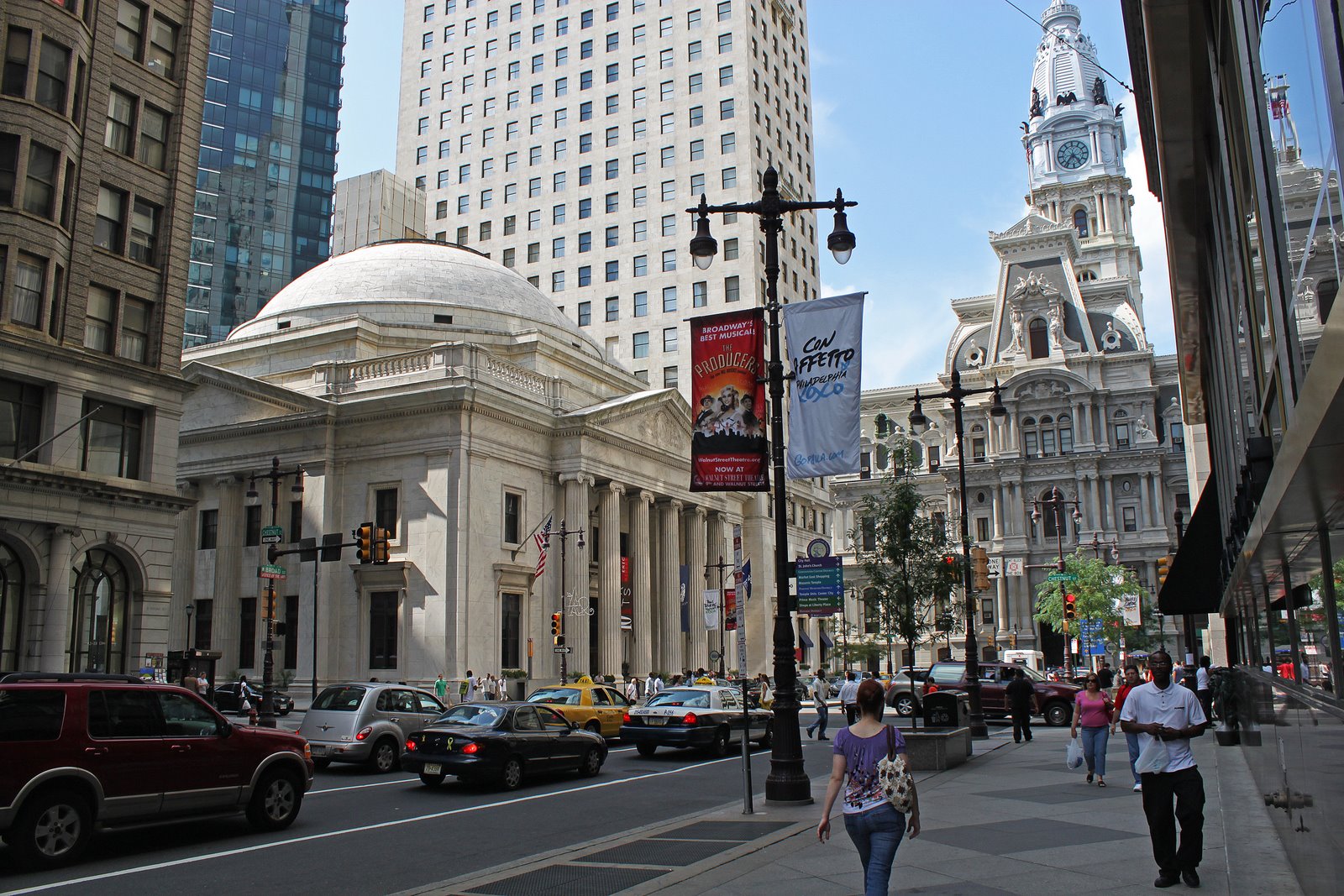 
To see all of the other That's My World Tuesday posts please click here.

love these captures james. beautiful. and of course i found the part about it being modeled after the pantheon quite interesting. the pantheon is one of my fav structures in the world...it has this feeling like no other when you enter it :)
thanks for stopping by.
have a wonderful evening.

Yet again, wonderful pictures and information. I had to google oculas but I learned something new today. Excellent. It's just beautiful. I so love the 3rd picture. The hustle and bustle and the beauty of that building right in the middle. :)

Another great post. Another cybertour experience for me. Thanks.

Very interestin, I look forward to seeing the lobby.

I, too, look forward to my cybertours, and this one is terrific, James! Marvelous photos and what a fascinating history! Thanks for sharing!

It is a beautiful building. Thanks for the continued history lesson of Philly!

Interesting history and photos of the building.

What a treat. I just love buildings. Especially those that are unique and beautiful that have been refurbished and repurposed.

You live in such a historic part of your country. I am so glad we have you as a picture perfect tour guide. Can't wait to see the inside. Keep on snappin' James!

I enjoyed your tour, great shots of majestic buildings!

Thanks for the tour of the exterior! That's a mighty impressive place. I'm looking forward to the interior shots.

Hi James, no matter how much renovation they have made, it has kept its original charm. Very informative.

the building has an old world charm and it's good to know that inspite of all the renovation, it was retained. Really informative post.

Looks great,beautiful cityscape which you have captured beautifully:)
Have a nice day.

I love that such a marvel sits so modestly in downtown Philly.

This has been a great tour James.
Lovely shots giving a feel of the life there. :)

Philadelphia looks very clean. The last picture looks rather like Sydney :o) Though the buildings here are not as huge as those in the US.

Great shots! The Rotunda looks so regal and round. I like the juxtaposition with the modern skyscraper too.

Loved to see these structures as captured by you... nice shots!

James, Your photos are incredibly well done. This is a wonderful account of the long and amazing history of this historic building. It is a testament to the capabilities of all who were involved in the original building and the subsequent renovations. I can't wait to see the inside of the dome.

A very charming city and beautiful rotunda. I've never been up in the NE but Philly looks as busy at NYC!

I've never seen Philadelphia before. You show it off so well that I would like to visit someday.

Wonderful post. I love that old buildings are being *rejuvenated* rather than knocked down. Thanks!

Great shots and interesting history of the buildings! And nice that the owners have maintained them.

Fantastic captures. It is amazing to see how this old beautiful building is still standing tall in this modern world.

It looks very grand! I see some of the rooms have balconies maybe? Great pictures James!