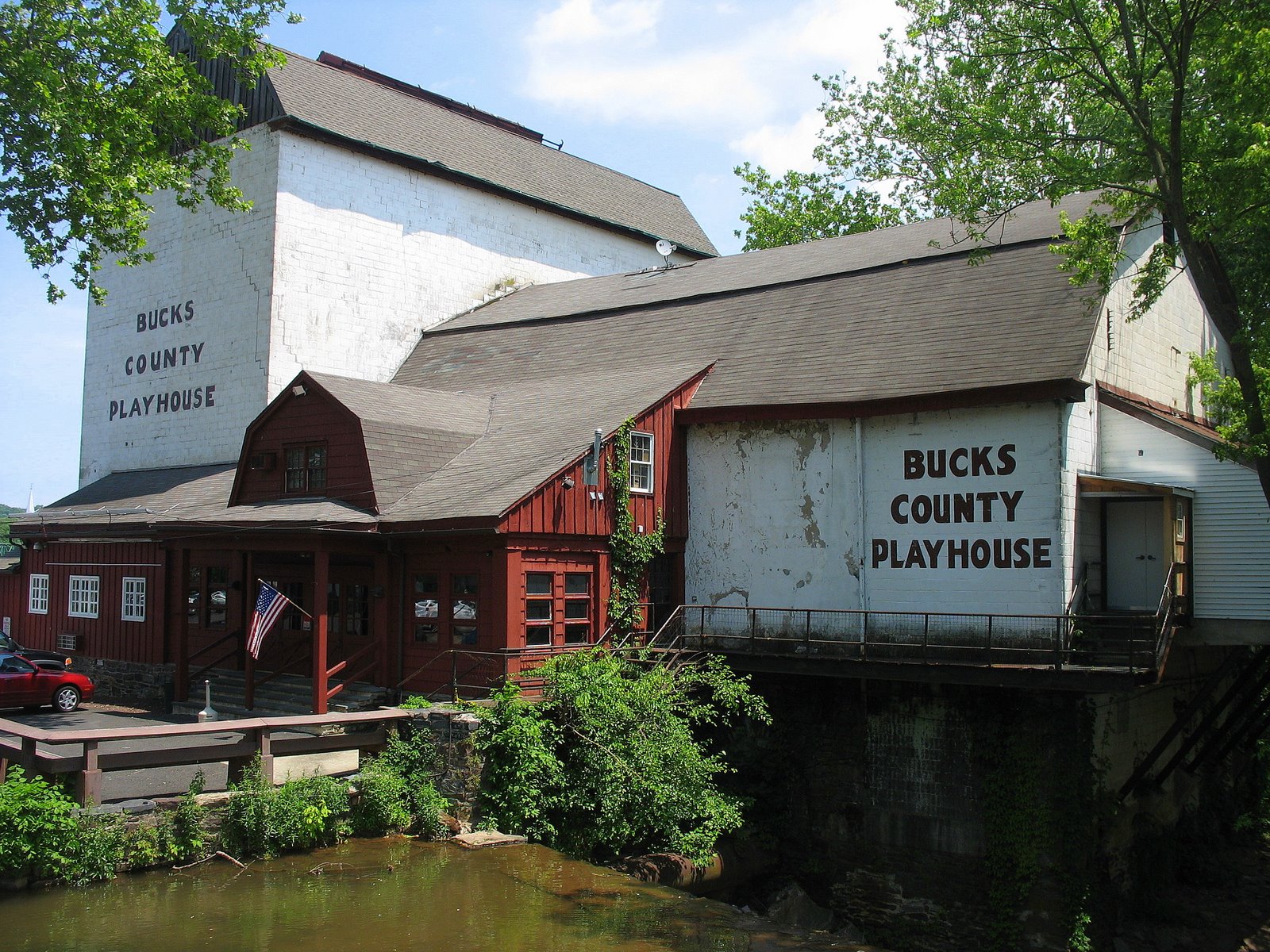 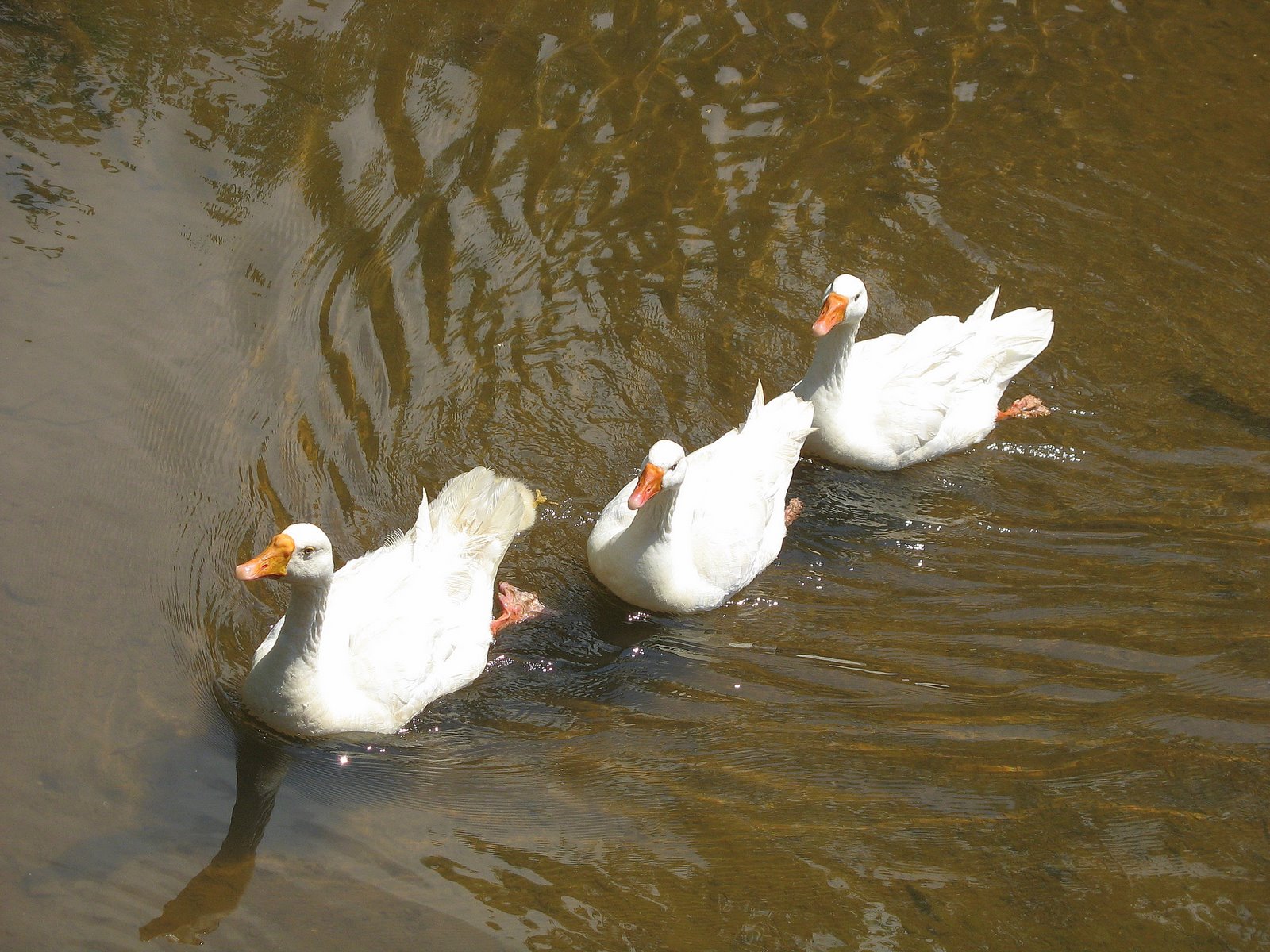 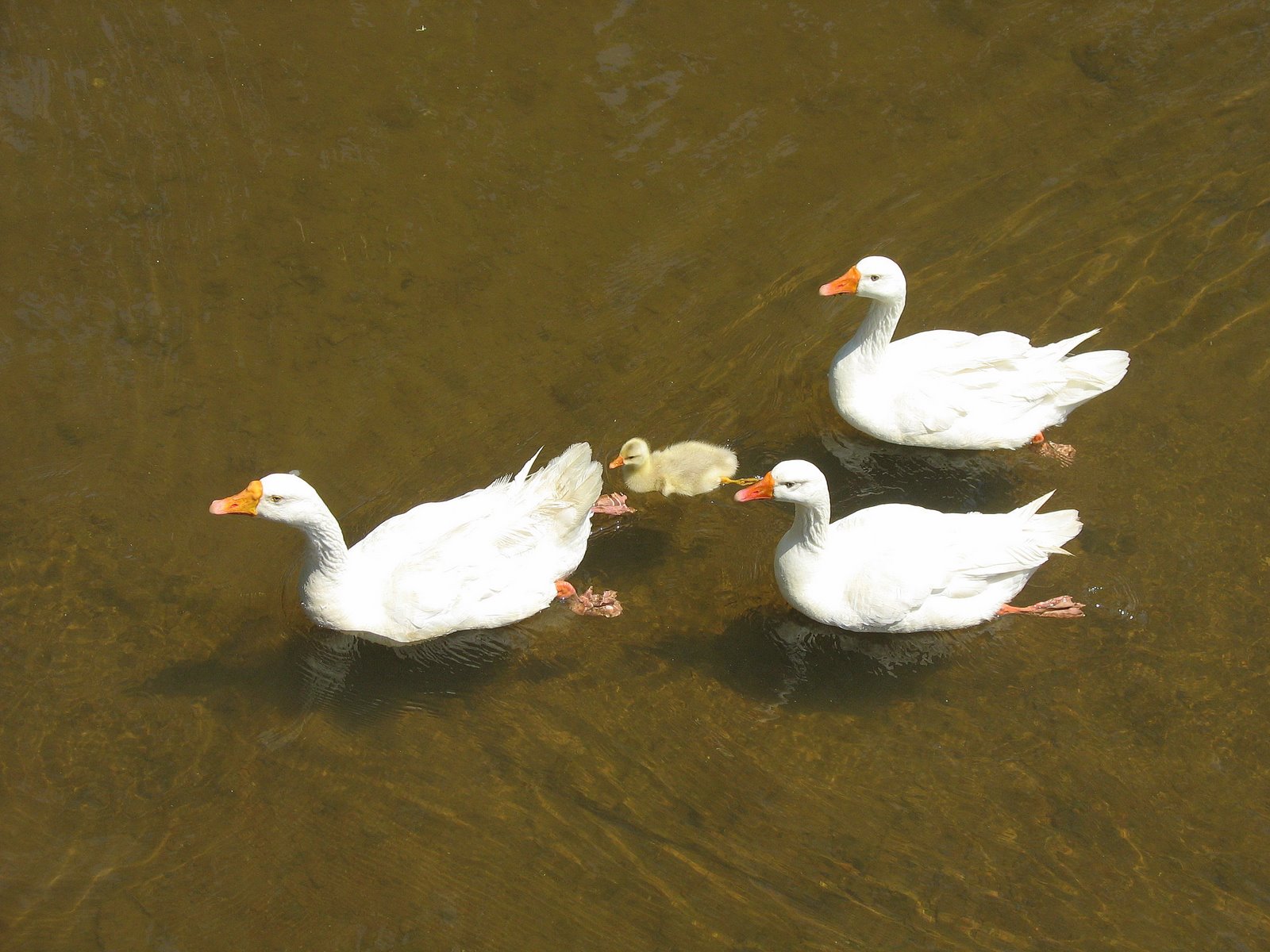 I wonder how many swan songs took place here both inside and out over the past seventy years?
While on a little bridge taking pictures of the playhouse I saw three swans or white geese pretending to be swans swimming, then suddenly they turned and like magic there were four.
If you look really closely at the second picture you can see the baby's tail and little yellow foot.
"The Bucks County Playhouse, The State Theater of Pennsylvania, located in New Hope, Bucks County, Pennsylvania is a national landmark for Broadway Plays and is rich in theatrical history. “Springtime for Henry” with Edward Everett Horton opened the Playhouse season in 1939 and the celebrities that followed are a who's who of the theater. Princess Grace Kelly, Bea Arthur, Jack Cassidy, Colleen Dewhurst, Bob Fosse, Merv Griffin, Gene Rayburn, William Shatner, Paul Lynde, George C. Scott, Liza Minnelli, Audra McDonald, Loretta Swit, Don Knotts, Andrea McArdle and John Travolta are just a few of the luminaries that have graced the Playhouse stage in our incredible list of Broadway productions."
The Delaware river and the Pennsylvania, New Jersey border is on the other side of the playhouse.
To see other Watery Wednesday posts please click here.
Posted by James at 4:52 PM

Great photo. Love the little one with them. How cool that so many famous people have played there. Excellent. This is always such a pleasure to stop by with all the history and photos. I thoroughly enjoy it :)

It's quite incredible how much theater history (and just a bit of plain geography) has passed in this Playhouse.

What a kewl scenic spot for a theater ... and how fortunate you are to live nearby. Love the ducks swimming in a row ;--)
Hugs and blessings,

Lovely old place. More travel inspiration for the 'to do' list. Thanks for visiting me.

What a beautiful place! I'm glad you included the swans in your post. They are so pretty and the baby is adorable.

Hello my dear friend!
soooo cute this post!
Hey James it would be perfect for a fabulous Camera Critters!
Thanks for all information!You always like to share details and it is wonderful for us!
God bless you
Léia :-)

Painting signs on buildings is such a lost art.

I like the swans ..they are different from ours...but the baby is so cute... So many wonderful watery scenes on Watery Wednesday.

The Play's the thing James. We have quite a few old playhouses in my surronding area including Stratford which offers great year round entertainment. I prefer Swans over Geese anytime. I've landed on greens where I have literally had to chip over the landmines on the green.....if you catch my drift.

I like the shot of the Playhouse, its so quaint. My husband was born in Bucks County.
Thanks for your visits and kind comments, James

New Hope is great, and so is the playhouse... I have seen several plays there in my "younger days" but don't remember which ones! I can remember what I wore to one of the in the 80s very clearly, but have no clue what I watched! Great ducks!

The ducks are so cute! Especially the little one, of course. And such a rich history for that theater — wonderful!

What a great photo of the playhouse!
What an impressive list of players that have performed.
I love the ducks! So glad you got that little one. It's kind of sad there's only one.

What a charming theatre and with a colourful history. The baby goose is cute. Enjoyed your blog.

lovely swans in a row!hey, there is a little one too.

When we lived in West Chester, we heard a lot about the theater...but never got there...that's when we were young, raising kids, working (and I was traveling a lot)...not much time and not a lot of money...

Cute birds and clear low water... wish I was a bird there too!

love your little stories to go with your pictures. thanks for stopping by

What a wonderful playhouse! Hope it will remain for ever!